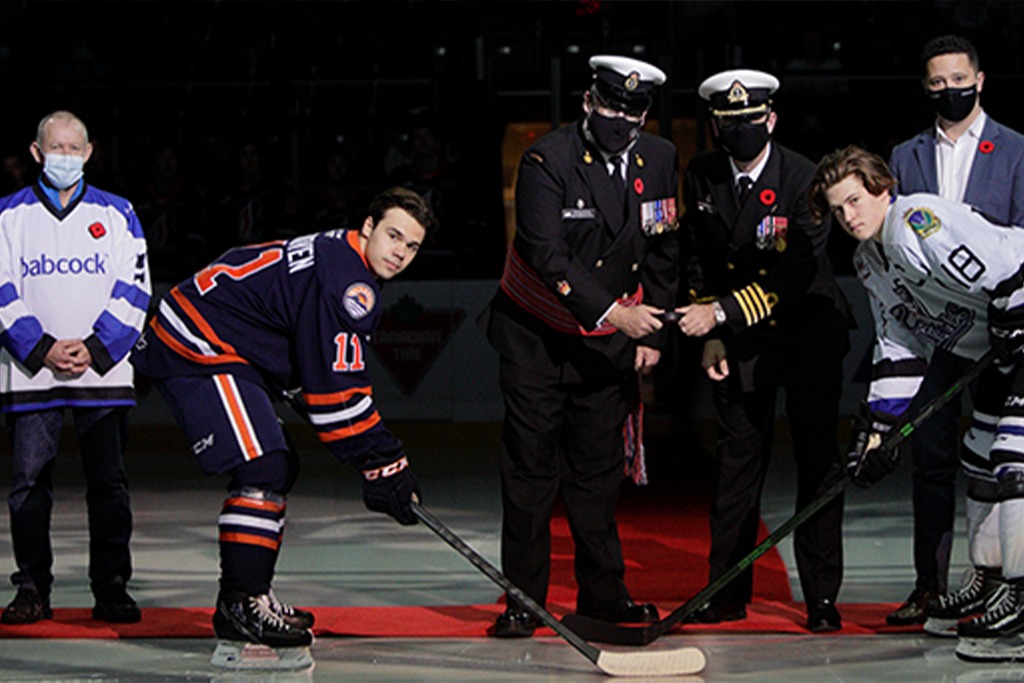 The Victoria Royals are proud to announce, that in partnership with Babcock Canada, they will be celebrating Canadian Armed Forces Military Appreciation (CAFMA) Month this November.

During the month of November, the Victoria Royals will host six home games, which will honour military members and their families.

Canadian Armed Forces Military Appreciation Night will take place November 19th and will feature a special military themed jersey that will be auctioned off with proceeds going to the CFB Esquimalt Military Family Resource Centre (MFRC).

“As part of Babcock’s commitment to supporting the communities in which we live and work, we are proud to continue our partnership with the Victoria Royals and to jointly honour military personnel and their families during Canadian Armed Forces Military Appreciation Month.  As a trusted leader of Canada’s submarine sustainment enterprise, Babcock Canada is delighted to partner with local community organizations, such as the Victoria Royals, and are looking forward to working with the team, once again, to celebrate and honour members of the Canadian Armed Forces.” – Keith Cunnane, VP Marine, Babcock Canada.

Every Friday game in November, Babcock Canada and the Victoria Royals will provide a discount on tickets to military members and their families to come cheer on the Royals at home.

“It’s an honour and a privilege to be part of the recognition and support of Canadian Armed Forces personnel and their families. We sincerely thank Babcock Canada for their partnership and contribution, both on November 19th and throughout the month of November. We hope to make CAFMA Month and the CAFMA Game very special for everyone involved. We’re excited to welcome Canada’s military members and their families as special guests to the Save-On-Foods Memorial Centre and I know the teams will play their hearts out.” – Dan Price, Manager and Head Coach, Victoria Royals.

Additionally at each game in November, and for every Friday home game throughout the season, the Victoria Royals will salute and recognize a military member from the local community.