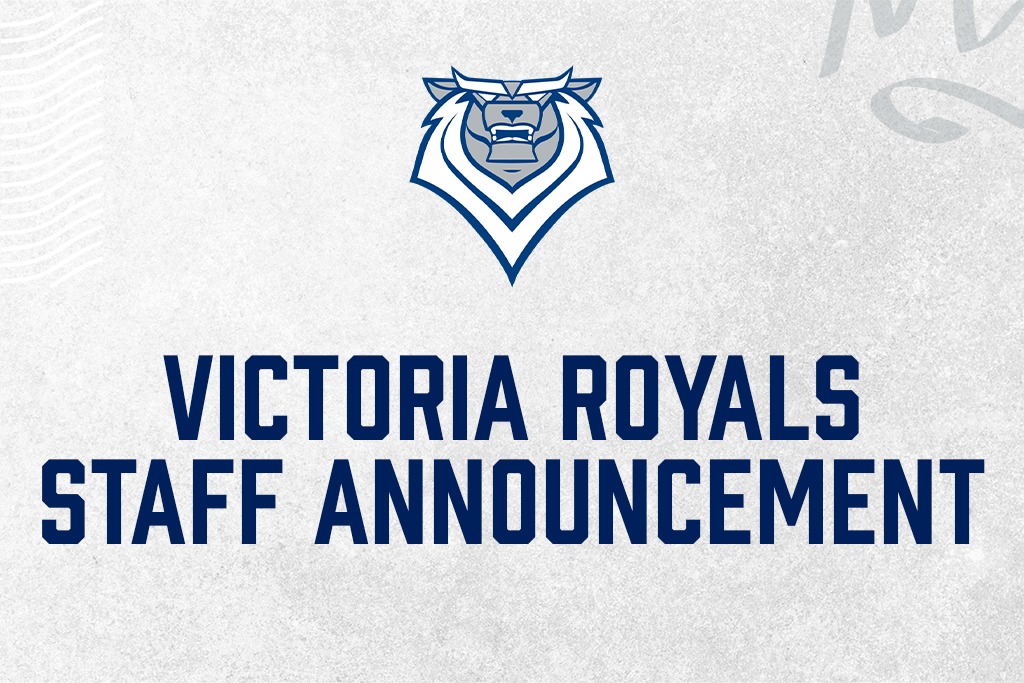 The Victoria Royals are pleased to announce their hockey operations staff for the 2022-23 season.

Dan Price enters his third season as the Royals’ General Manager and Alternate Governor and his sixth season as Head Coach. Price is beginning his seventh campaign with the team, having first joined the organization in 2016 as an Assistant Coach.

J.F. Best begins his second year as the Royals’ Assistant General Manager and this season he will also pivot from his duties as Associate Coach to become the new Director of Player Personnel & Player Development. Best is entering his sixth season with the Royals. He first joined the team as an Assistant Coach in 2017.

Ed Fowler, who has been the Victoria Royals Director of Player Personnel since 2019 and served on the scouting staff since 2013 as both an Area Scout and Senior Regional Scout, has announced his retirement.

“We can’t say enough about what a quality person Ed is and what a tremendous contribution he has made to the Royals organization. He has left a legacy here and his positive impact will be felt for years to come,” said General Manager and Head Coach Dan Price. “Ed is a trusted advisor and a class act, and I know I speak for the players and staff when I say that he has also been a great mentor and a true example of what it means to be a Victoria Royal. We’ll miss our day-to-day interactions with him, but of course we’re also very happy for him and we wish him all the best going forward.  J.F. will take up the torch and I know he’ll do an excellent job leading the Player Personnel and Player Development department.”

Morgan Klimchuk joins the Royals as an Assistant Coach. Klimchuk spent the 2021-22 season as an Assistant Coach with Edge School U15 Prep in the CSSHL. Born in Regina, SK, and raised in Calgary, AB, Klimchuk is a WHL alumnus and was a first round pick of the Calgary Flames in the 2013 NHL Draft. His professional playing career spanned five seasons between the Calgary Flames, Toronto Maple Leafs and Ottawa Senators organizations.

Jeff Compton returns as an Assistant Coach, specializing in skills and strength and conditioning. Royals alumnus Ralph Jarratt, who was drafted by Victoria in the 2013 WHL Prospects Draft, now returns to the organization as a member of the staff, joining Klimchuk and Compton in the role of Assistant Coach.

Lynden Sammartino continues in his role as Goaltending Coach and will expand his scope, adding the position of Manager, Goaltender Development to his duties. Kai McDonald also returns as a Goaltending Consultant, while Nic Renyard, who assisted the coaching staff for part of the 2021-22 season, enters his first full season as Player Development & Special Projects Coach.

“It’s so exciting to be able to work with a world class staff like this. They are all high achievers and people who genuinely care about winning and supporting our players,” added Price. “From the new members to the promoted staff to the returning leaders, this is a group that I and the players will learn from and try to emulate everyday.”