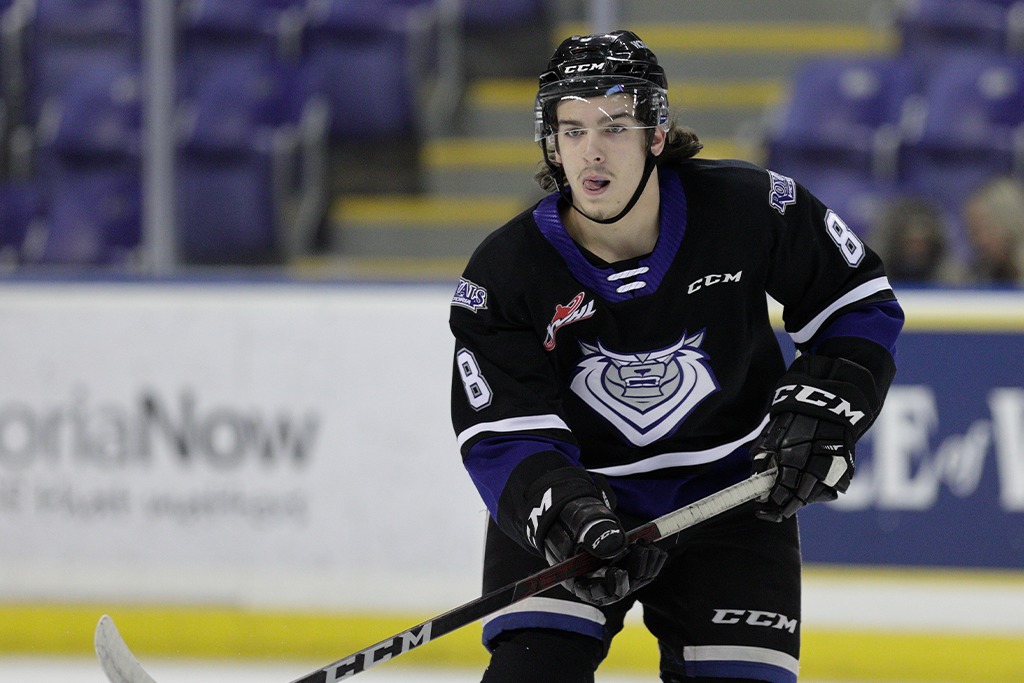 Starting goaltender Ty Young was another huge reason for Prince George’s success, stopping 29 of 30 shots, and making a number of key stops down the stretch to earn his 5th win of the year.

The win allows the Cougars to jump ahead of the Victoria Royals and Vancouver Giants in the Western Conference standings as they enter the final two games of the year. They now find themselves in a tie with the Spokane Chiefs for sixth place with a 23-38-4-1 record and 51 total points on the season.

Meanwhile, the Royals see their postseason chances take a hit following their second straight defeat. They now sit in a tie with the Vancouver Giants for the eighth and final playoff spot with 50 points.

Forward Marcus Almquist counted the lone goal for Victoria on Saturday, while starting goalie Tyler Palmer stopped 21 of 23 in the loss.

The Royals got off to a quick start following their heartbreaking loss the previous night, making it 1-0 with Almquist’sgoal (5) at 1:27 of the first.

Their lead would hold until the 11:33 mark, where Cougars forward Johnny Hooker (16) would shovel a rebound past Victoria starting goalie Tyler Palmer to tie the game at 1-1.

The second period proved to be a stalemate and the game would enter its final period with the score deadlocked at one.

It would take until the 13:29 mark of the third to see any movement on the scoreboard, with Prince George defenceman Ethan Samson giving his team a one goal lead with his 15th of the season on the powerplay.

The Royals would have a number of opportunities to tie the game in the final minutes, however some big saves by Cougars’ goaltender Ty Young combined with a stifling defensive effort would allow Prince George to hold on and escape with the 2-1 victory.

Both teams have only two games remaining in their schedule, with the Prince George Cougars set to head to the Okanagan for dates against the Kamloops Blazers and Kelowna Rockets next weekend.

Meanwhile, the Royals will return to the friendly confines of the Save-On-Foods Memorial Centre where they will host the Spokane Chiefs for a pair of do-or-die games on Friday Apr. 15 and Saturday Apr. 16. Puck drop is set for 7:05pm for both of those contests.

Friday’s contest will be a Superhero Salute where the Royals will recognize local heroes and frontline workers.

The game on the 16th will be an opportunity for fans to celebrate Marty’s Belated Birthday and Senior Night where we honour our 20-year-old players.