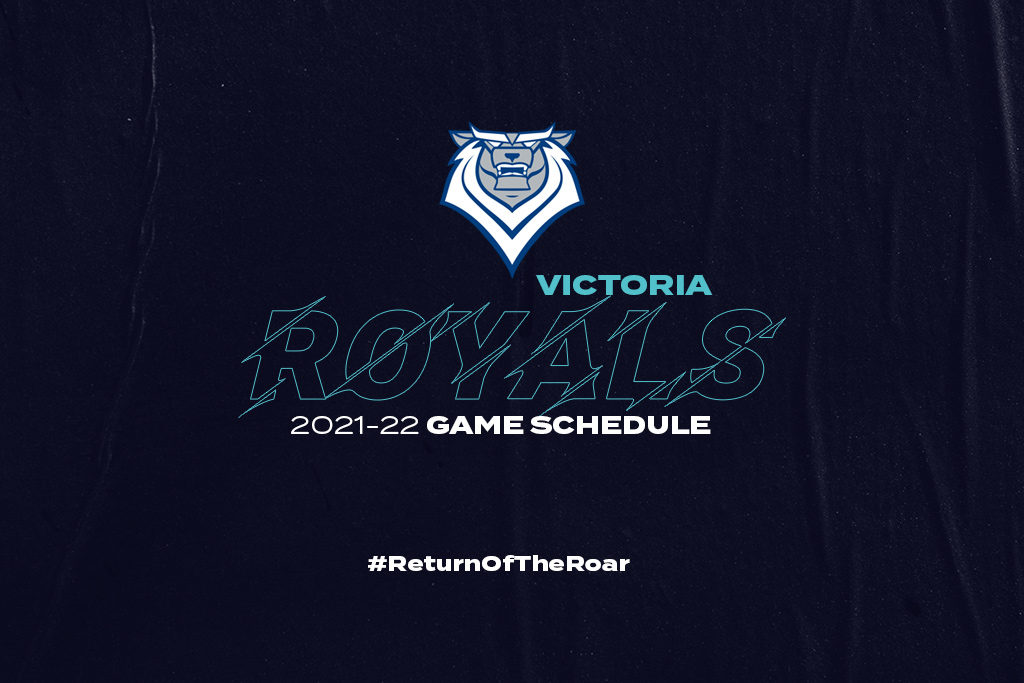 Victoria, BC – The Victoria Royals are excited to announce their schedule for the upcoming 2021-22 Western Hockey League (WHL) Regular Season.

After a delayed and shortened 2020-2021 season presented by RE/MAX of Western Canada in the Kelowna hub last year, the WHL announced an action-packed schedule for the 2021-22 season earlier this morning with several key games for the Royals.

“We’re thrilled to be opening the season at home in front of all of our fans,” said GM and Head Coach Dan Price. “We’ve really missed the energy in the building, and this year we have a fast, hard-working group of players who are excited to make their season debut in Victoria.”

The Royals will play an action packed first half of the season until Saturday, December 18th, when they face off against Tri-City. After a week break, action resumes for the Royals on Monday, December 27th when they play Vancouver in a three-game series. The final game of the regular season will be on Saturday, April 2nd in Kelowna.

See the full schedule below.