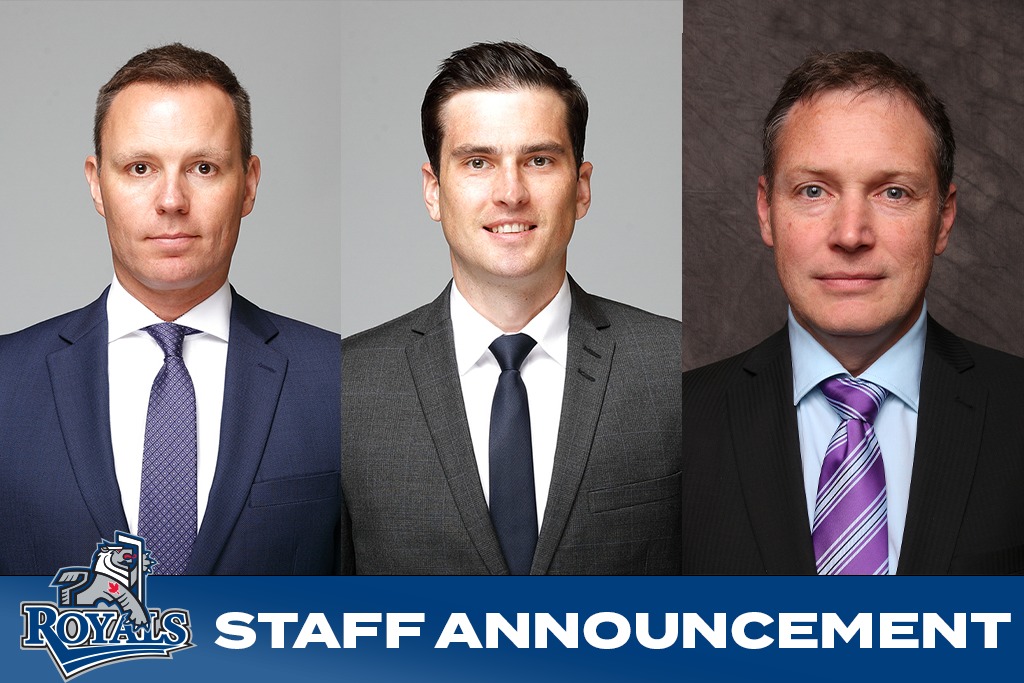 The Victoria Royals are pleased to announce their hockey operations staff for the 2021-22 regular season.

Dan Price will lead the team again this year in his second year as General Manager and his fifth as Head Coach. Price initially joined the team in 2016 as an Assistant Coach, was promoted to Head Coach prior to the 2017-18 season and was named General Manager in 2020.

J.F. Best was recently promoted to Assistant General Manager and Associate Coach after spending four years as an Assistant Coach for the team. Joining Dan and J.F. will be Jeff Compton as an Assistant Coach specializing in player development, skills, and strength & conditioning. Both Doug Bodger and Dwayne Roloson return, each in the role of Coaching Consultant.

Lynden Sammartino will return to his position as Goaltending Coach and will work alongside Kai McDonald as the Royals’ new Goaltending Consultant. Also new to the team this year is Nic Renyard who joins the Royals as the Quality Control Coach.

JT Ward returns to the club as the newly appointed Director of Athletic Performance. In this role he acts as the Head Athletic Therapist, Head Strength & Conditioning Coach and Head Equipment Manager. JT is joined by Kurtis Freter who will be the Royals Performance Coach, Equipment Coordinator and Lead Assistant Trainer.

The Royals recently completed training camp and will head to Kelowna for their first pre-season game on September 17th.