Victoria Royals are Ready to Open Preseason this Weekend in Kelowna 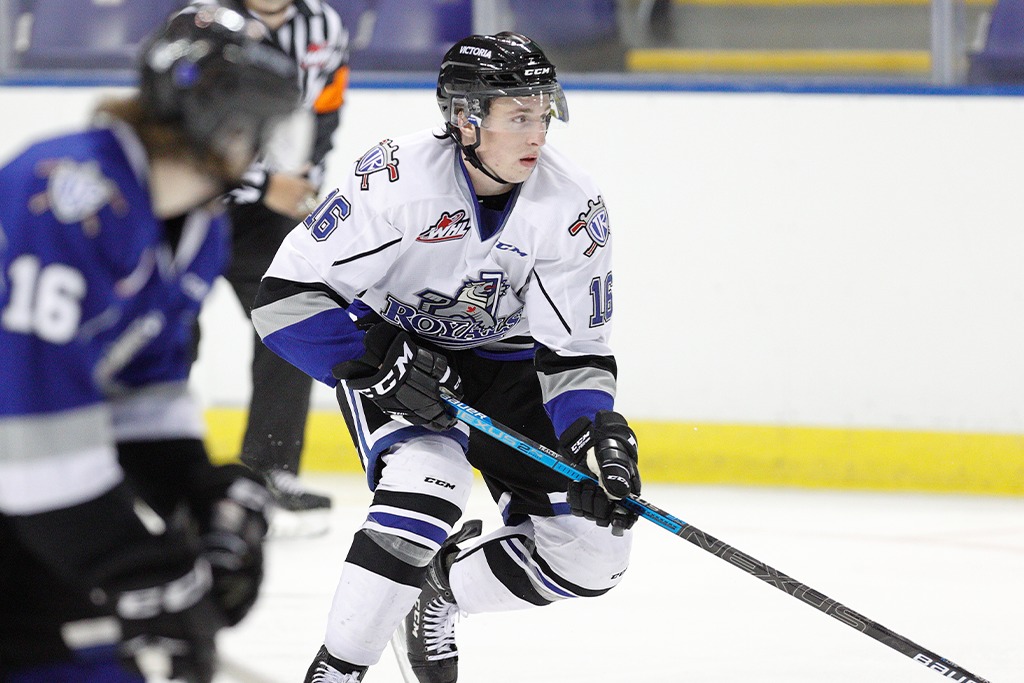 The Victoria Royals are in Kelowna this weekend to play back-to-back preseason games against the Rockets at Prospera Place.

The two teams will battle it out Friday and Saturday night at 7:05 p.m. PT, in front of a half capacity crowd, the first since before the pandemic. Both teams are excited to get in front of fans and get back to hockey after a year away.

That includes GM and Head Coach Dan Price, Assistant GM and Associate Coach JF Best and the rest of the hockey staff have been busy planning all off-season long. After returning from the RE/MAX Hub Centre in Kelowna, the club worked diligently to make moves to find the right guys for the team both on and off the ice.

“I feel a very strong connection to this group. The whole team really bonded in the Hub, throughout the offseason and during training camp,” Price explained. “The players are so energetic and there is such a great vibe around the rink. They’re committed and tenacious and they love hockey. I’m grateful to be working with such a positive and dedicated group of players and coaches. It’s so great to have everyone back together and we’re excited for the Return of the Roar at the Save-On-Foods Memorial Centre this season.”

Fans can still expect to see familiar favourites this season like Graeme Bryks, Tarun Fizer and Keanu Derungs, but they will be be joined by newcomers like Carter Massier, Devin Aubin and newly signed Igor Zborovskiy.

Over the summer, the team worked to strengthen the club’s goaltending and blue line, signing defencemen Justin Kipkie and Nate Misskey along with goalies Logan Cunningham, Sebeastian Wraneschitz and Tyler Palmer. The Royals also added to their offensive play with 2020 WHL Bantam Draft picks Reggie Newman and Anthony Wilson.

After two weeks of camps and team building, the 2021-22 Royals are looking focused and ready to take on whatever comes their way this season.

The Royals leave Kelowna to host the first preseason home game in five years against the Cougars on Friday. Tickets for the September 25th game at Save-on-Foods Memorial Centre will go on sale early next week. Season tickets are also still available, along with half season and 6 game packs.