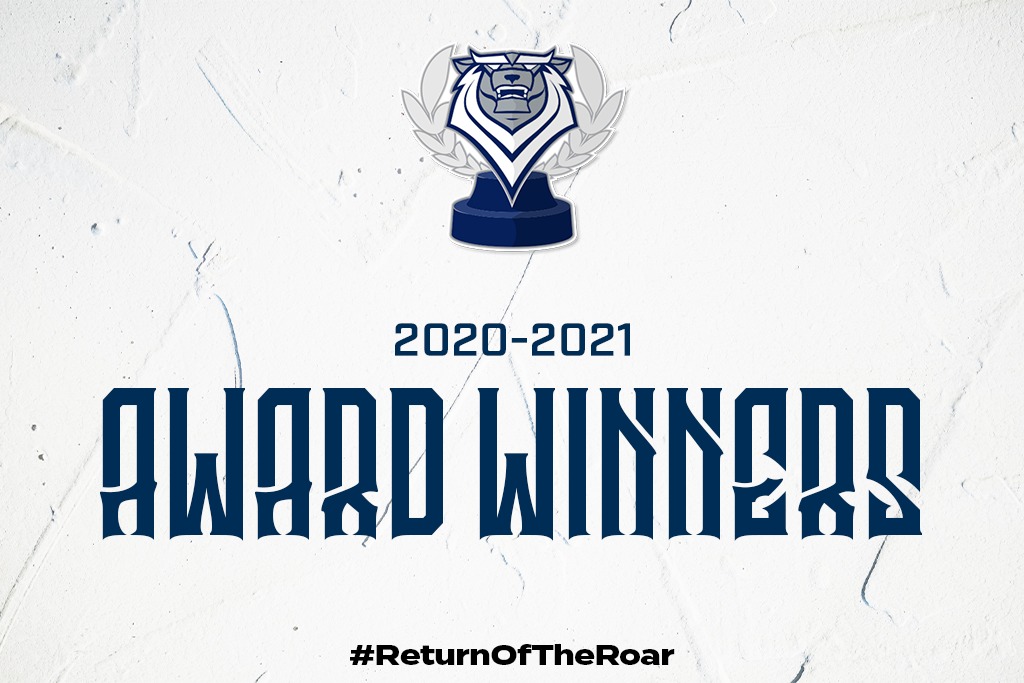 Victoria, BC – The Victoria Royals are pleased to share the 2020-21 team award winners as announced on social media over the last week.

The Royals handed out eight awards in total, revealing one a day over the last several days. These awards celebrate the personal achievements of the players and their contributions to the team, both on and off the ice.

Team Captain Tarun Fizer was given two awards for his leadership and focus on the ice this season. He was selected as Enex Fuels Most Valuable Player and earned the Hardest Worker Award presented by 2 Burley Men. In 20 games, Fizer racked up 20 points with 6 goals and 14 assists.

For the second year in a row, Anaheim Ducks’ prospect Brayden Tracey received the Mayfair Optometric Top Scorer Award, with a team leading 21 points (9g-12a) in 20 games. Brayden Schuurman earned the Coastal Promotions Rookie of the Year Award after leading all Royals rookies with 11 points (5g-6a) in 22 games.

The final award, the Scholastic Player of the Year presented by the Jo-Ann Thompson Family Foundation, went to defenceman Jason Spizawka for his dedication to his studies while remaining a consistent on-ice contributor for the team.

“Congratulations to this season’s award winners. Their on and off-ice contributions to the team were significant and I know they all echo the sentiment that these awards are shared with their team-mates, whose support and efforts were key to their individual accomplishments,” said GM and Head Coach Dan Price. “I also want to give a sincere thank you to our award sponsors for their support of our players and the Victoria Royals organization.”