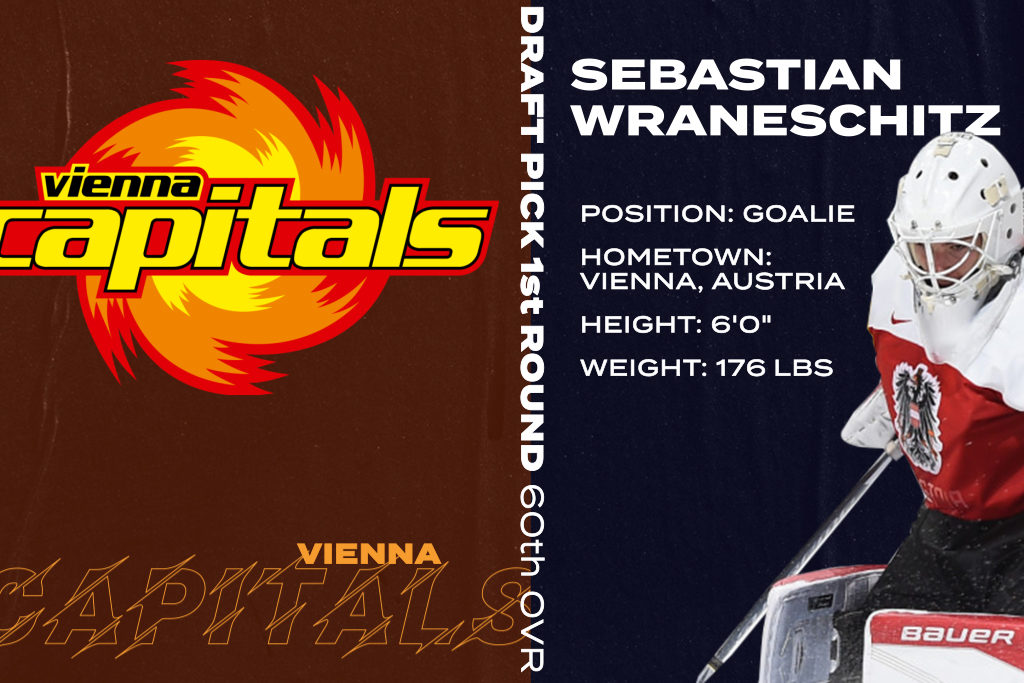 Victoria, BC – The Victoria Royals are proud to announce the selection of 2002-born goaltender Sebastian Wraneschitz, in the 2021 Canadian Hockey League (CHL) Import Draft.

Wraneschitz, who measures 6’0” and 176 lbs, played at the top professional level in Austria for the Vienna Capitals in the ICE Hockey League (ICEHL) during the 2020-21 season. Wraneschitz finished the season with a record of 5-7-0, registering a 3.18 GAA and a .886 save percentage.

“We’re excited to have drafted Sebastian this morning”, General Manager and Head Coach Dan Price said. “He is an exceptionally competitive and athletic goalie, with a strong work ethic and a wealth of international experience.”

The 19-year-old gained substantial praise from fellow hockey players and media alike for his performance at the 2021 IIHF World Junior Championship. Facing traditional powerhouses like Sweden, Russia, and the USA, Wraneschitz posted an .892 save percentage in three games played.

Originally from Vienna, Austria, Wraneschitz has spent the last five seasons in the ICEHL junior league and was on loan to the Finnish and Swedish U20/J20 teams before joining the Vienna Capitals in 2020. Wraneschitz recently made his first appearance for the Austrian Men’s National team where he posted a .941 save percentage against Belarus.