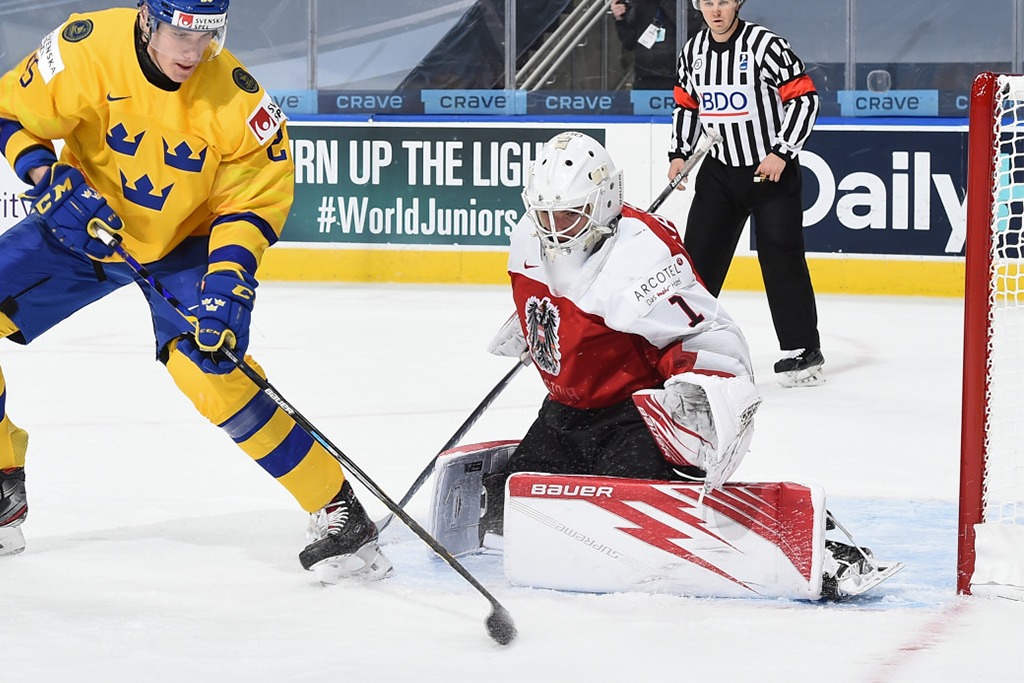 Sebastian Wraneschitz has had quite the year.

In the last nine months, the 19-year-old played professional hockey in Vienna, and represented Austria at the 2021 World Junior Championship (WJC), drawing international praise for his performance in net.

It was only a matter of time before teams took notice of the goaltender’s determination, explosiveness and relentless style of play.

“Sebastian’s athleticism, work ethic and competitiveness were just a few reasons we wanted to sign him,” GM and Head Coach Dan Price said of the netminder. “He brings valuable international experience and pedigree. We’re looking forward to getting him on the ice with the rest of the team.”

Last season, Wraneschitz played professional hockey in the ICE Hockey League (ICEHL), a league that’s home to former and current NHL players, as the back-up for veteran Austrian national team goalie Bernhard Starkbaum. Before that, he was a member of the Austrian Junior Capitals U18 and U20 for five years.

It was, however, his exceptional play during the 2021 WJC that helped put Wraneschitz on the map. Despite being bested by the powerhouse teams in their group at times, Wraneschitz was a key component in keeping the Austrians in the hunt in many of their contests. Seeing over 60 shots a game against players like Trevor Zegras, Rodion Amirov and Noel Gunler, all of whom are NHL draft picks, the Austrian native made many memorable saves.

Despite all the praise for his performance, Wraneschitz remains humble.

“I try to focus more on things that are in my control,” said Wraneschitz. “That’s definitely not the media or things that random people say about me. I try to keep as much noise as possible away from me. Playing in the tournament was an experience I will never forget in my life, but it’s not something I am holding onto. I’m looking forward to the next one.”

Come September, he’ll be getting ready for training camp with the rest of the Victoria Royals.

“I’ve heard great things about Victoria, and I am really excited to come over,” added Wraneschitz. “I can’t wait to meet my new teammates and coaches. I’m looking forward to bringing the Memorial Cup home to Victoria with my teammates.”