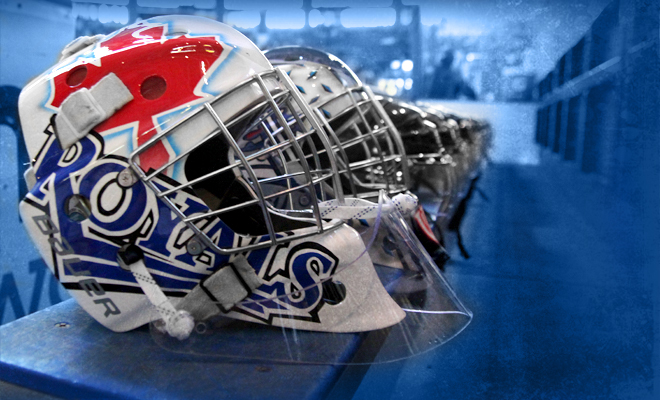 Victoria, BC- The Victoria Royals are proud to announce that Lynden Sammartino has been hired as the team’s new goaltending coach.

Sammartino replaces former coach Brady Robinson, who has been hired by the National Hockey League’s (NHL) Philadelphia Flyers as their goaltending development coach.

A native of Surrey, BC, Sammartino has been the owner and operator of Lynden Sammartino Goaltending Consulting and teaches and develops goaltenders of various skill levels throughout BC.

“We are pleased to have Lynden join our coaching staff,” Royals’ General Manager Cameron Hope said. “He has come highly recommended to us and has proven to be a top end teacher and developer of goaltenders.”

Previously, Sammartino was employed by Advanced Goaltender Consulting (2011-2014) and the Goaltending Development Institute (GDI) (2009-2011) as a coach. Sammartino oversaw the BC Region of GDI alongside Robinson and reported to founder and current Columbus Blue Jackets’ goaltender coach, Ian Clark.

Sammartino played three seasons of junior hockey with the Yorkton Terriers (2005-2008) of the Saskatchewan Junior Hockey League (SJHL). During his three years with the Terriers, Sammartino won a league championship (2006) and at the time set the SJHL career shutout record at nine.

Robinson was part of the Victoria/Chilliwack franchise since the team’s inception in 2006. The native of Trail, BC will take his 19 years of coaching experience to Philadelphia.

“An important part of what we do is to develop and prepare our staff, as well as our hockey players, for the next level in their hockey careers,” Hope said. “We wish Brady the very best in his new position with the Flyers.